Is your next generation of leaders ready? What do you do when your top leaders are about to retire and you don’t have confidence in your succession plan? HEG helped a highly profitable, publicly-traded company solve the dilemma and grow stronger at the same time.

The organization was led by a handful of top executives who were likely to retire within the next ten years. The company had not developed the next wave of leadership and faced a serious obstacle to sustaining its culture and performance. Without an excellent succession plan, the company faced a dire leadership gap in the very near future.

The first question was: what was really happening in the current state, including the current succession plan? Our proprietary Ideal State Action Planning (ISAP) process allowed them to clarify an ideal state towards which their succession plan would lead.

This process identified two major challenges. First, the organization was focused on driving profitable lines of business but not developing people.

At the same time, the current succession plan was not quantifiable. There were no measurements or standards in place, and the board wanted a more objective, quantified plan.

Using the insights from the ISAP and expert interview techniques, we set to work with the executive team to create measurable standards and a competency plan for their company, that encompassed all the key roles facing succession. To succeed, we needed to both design an extensive plan of attack and also gain a buy-in leadership body who historically placed little value on developing people.

To do that, we identified 70 potential successors for nearly 20 executive positions. We conducted detailed, online 360-degree competency assessments. In this 360 assessment, candidates assessed themselves and were assessed by their managers, peers, and direct reports. This valuable data contributed to a complete picture of each candidate, their competencies, their skills, strengths, and emerging leadership potential.

Each candidate received an hour-long feedback session where they reviewed the results of their feedback and an “emergent lifestyle assessment” (based on Adlerian psychology) which helped them identify the core limiting beliefs that stood in the way of their success.

HEG provided specific developmental suggestions for the potential successor’s next steps. We created individual development plans to help them accelerate their professional development. Each candidate selected one or two competencies to focus on and develop where improvement would strengthen their performance, their skills, and their contribution to the company. They were provided with a competency development guide, which included an analysis of each competency to develop, barriers to change, and a step-by-step process for competency improvement.

Using these data and insights, the top leaders of the organization discussed each candidate and arrived at a specific list of successors for 20 executive positions.

The board, along with the executives found the leadership development program so successful they chose to implement it for all high-potential employees. The leadership development program included leadership sessions with the top executives as well as custom-tailored leadership training. The culture grew stronger as these employees learned more about their integral role in the company. This powerful experience strengthened the corporate culture, achieved the organization’s succession planning goals, and established best practices as a foundation for future employee development throughout the organization. Tell Us the Challenge You’re Facing

TESTIMONIALS AND REVIEWS FROM OUR CLIENTS

What our clients are saying about us

“I’m very alone in running my company. I have a team of 20 people, but when it comes right down to it, I feel pretty alone. What I’m finding now, for the first time, is that I have other people stepping up and joining me. It’s fantastic!”

“Prior to working with HEG, I was the one making all the decisions and my people, who are very bright and confident, were solely focused on just doing their jobs. Because of HEG, those people have started to go the extra mile by becoming more involved and are now real leaders within the company.”

“The teamwork among our people is astronomically higher now than it was before we did Open Book. People are now encouraging each other and are getting more involved with each other’s success.” “Prior to doing Open Book, all of our Trip Advisor reviews were facilitated by me inviting guests to put in reviews. We just played a mini game and had an entire team of 13 people inviting guests and instead of getting a handful of reviews, we got over 45.”

“In the midst of the great resignation, we were able to very quickly reconstitute our team to still deliver the highest quality service despite massive turnover.” 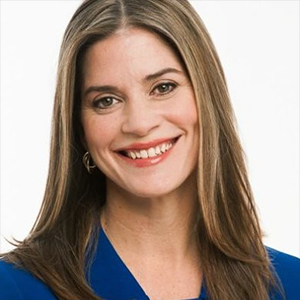 View Linkedin Profile
Barbara is the Chief Operating Officer and Chief Vision Realization Officer at the Wright Foundation, and is responsible for designing and leading the strategic vision for Wright.

Barbara is a corporate consultant, coach, trainer, and specialist in the areas of transformational leadership, transformative education, marketing, and employee empowerment. She has over 22 years’ experience marketing in a broad range of industries including healthcare, industrial supplies, association management, financial services, and consumer goods. Prior to joining Wright, Barbara was the Director of Internet Marketing for the Chicago Mercantile Exchange and a Brand Manager for the Internet Commerce division of W.W. Grainger, a key member of the team who launched one of the first successful business‐to‐business websites. Previous to her experience at W.W. Grainger, Barbara held sales and marketing positions at Nestle Foods and Peiser’s Medical Supplies.

Barbara graduated from the University of Iowa with a bachelor’s degree in French and business. Dr. Wright specializes in helping corporate leaders and entrepreneurs across the country not only to build and grow their businesses, but also to thrive with purpose, mission, and robust, high-performing cultures. Clients coached and trained by Dr. Wright routinely achieve far beyond their original goals. After receiving his Kellogg School of Management MBA, worked as director of sales and marketing for TII Technical Education Systems developing enterprise software, internal sales, direct mail, advertising, and many more functions before moving on to Whitman Hart where he was a Principal and directed the consulting firm’s highest selling district before becoming Vice President at Divine

Generally regarded as the top ecommerce firm in the world, Lyons CG, the company Rich founded in 2003 was acquired by Capgemeni where his work continued to be the frequent recipient of awards and recognition: View Linkedin Profile
A globally recognized Competency and Talent Management expert, Mike has helped hundreds of organizations achieve their potential and fulfill their mission by developing systems, processes and people.

Dr. Zwell has worked on both sides of the table, having founded and built several companies himself in addition to implementing solutions in other organizations. After teaching at Rutgers University, consulting, and writing a book, Mike began a career in executive search in 1980. He founded his own firm, Zwell International, in 1982, initially focusing on executive search in financial services. In the next few years, Mike developed groundbreaking tools for assessing leadership competencies and evaluating corporate culture and fit in executive searches. The use of these technologies catapulted him to the top of the profession, and by the mid-1990’s he was filling CEO and board positions as well as consulting for organizations on their human capital processes and systems. He continued developing and installing competency-based selection, performance management, and competency development systems in organizations and in 1998 founded Exxceed Inc. to automate those processes on the web. Exxceed was sold in 2006. Mike has culled academic research to develop the functional knowledge and skills that make him uniquely suited to help executives, management teams, and sales teams, and organizations optimize their performance and results. Clients include JP Morgan Chase; Lenovo; Lehman Brothers; the Chicago Public School System; SkillSoft; Robert Half International; JB Hunt; American Capital Strategies; Sanofi Aventis; RLI; MedSolutions; Fiserv; and many more.

Mike has written and spoken extensively on topics related to getting the best and the most from your human capital. In 2000 he published the highly acclaimed Creating a Culture of Competence (John Wiley & Sons) on how to create high-performing organizations. Boards & Directors published his article, “How to Hire the Right CEO”, in 1998, and recently reprinted portions of it in their 30th anniversary issue. His third book, Six Figure Salary Negotiation, was published by Platinum Press in 2008. Mike has a Ph.D. and master’s in Anthropology from Yale University, where he was a Woodrow Wilson Fellow. He also holds a Bachelor’s degree in Anthropology from the University of Chicago. View Linkedin Profile
Mike Shereck is a seasoned executive and leadership coach that uses his training, insight, and experience to focus on transformative performance and sustainable change in today’s dynamic workplace environment.

Mike brings a unique background, with years of experience in both construction and manufacturing, as well as coaching. He is a Professional Certified Coach (PCC) and a member of the International Coach Federation (ICF).

Mike’s approach combines pragmatism with an authentic grounding in the belief that anything is possible, in both life and business. Through leveraging his background in entrepreneurship, business development and sales leadership, Mike has developed a process that mobilizes executives out of their comfort zones and toward transformational results. His approach, a hybrid of ontological and facilitative methodologies, empowers leaders striving to make a difference in the lives of those they serve. Mike is not your “garden variety” leadership and executive coach. What sets him apart is the unrelenting stand he takes for his clients in unleashing their greatness and directing them toward the lives and businesses they desire. He is witness to major breakthroughs in self-discovery, work that shifts perspective, improves performance, strengthens interpersonal relationships, and liberates spiritual values. With over 25 years of experience as an emotional wellness expert and a facilitator of Dr. Brené Brown’s Dare To Lead™, Sally-Jo partners with leaders and teams, equipping them with the 21st Century toolbox required to bring courageous leadership to life in their organizations.

A fearless reinventor, Sally-Jo’s careers have been fulfilling and dynamic, from her start in Big Pharma and medical device sales to her first exciting pivot into a career in food in New York City. During this time, she earned a Culinary Arts degree, founded her culinary production company, and built her business as a sought-after Food Stylist for all media. It was there that she grew her love of collaborative teamwork as a trusted creative partner to Fortune 500 companies, advertising agencies, news organizations, and celebrity chefs.

After becoming widowed with a young daughter, Sally-Jo pivoted again, leveraging her lifelong studies in human development with extensive coach & leadership training, launching her coaching and consulting business in 2011.

She now partners with leaders at all levels to provide customized executive coaching, leadership development, and mental fitness training as well as specialized grief leadership coaching.Sally-Jo focuses on growing our capacity to lead courageous conversations that pave the way for successful business outcomes. She is an advocate for co-creating positive workplaces where truth, curiosity, resilience, and humor are valued, and rewarded.